Although the Netherlands is a small country geographically, it is the perfect gateway for U.S. products into the European Union (EU) due to the presence of the Port of Rotterdam, Amsterdam Schiphol Airport, the confluence of two major European rivers, and an excellent road and railway infrastructure.  In fact, it is the largest importing country within the EU.  The Netherlands also continues to be the second largest exporter of agricultural products in the world, after the United States and before Germany.  These exports include agricultural products produced in the Netherlands and imported products that are re-exported, often after further processing and adding value.

Trade Show Matchmaking
Each year, FAS The Hague participates in several European trade shows that we think will provide the best exposure and marketing opportunities to U.S. companies and producers in Europe for access to the Netherlands, Denmark, Sweden, Finland, Norway and Iceland. We are planning on attending one or more of the following trade shows where we will provide matchmaking services with Dutch and Nordic buyers, market intelligence, and assistance.

U.S. Embassy in the Netherlands 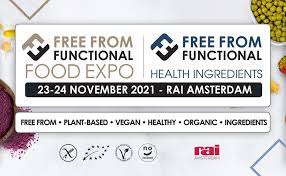 Reports for the Netherlands

An Overview of the Dutch Pulse Market Netherlands 2016